Cigarette smoking is associated with cognitive decline and dementia, but the extent of the association between smoking and structural brain changes remains unclear.

According to recent study published by Karama et.al., in Molecular Psychiatry, “long-term smoking could cause thinning of the outer layer of the brain involved in critical cognitive functions such as memory and language.” Although the cortex grows thinner with normal ageing, the study found that smoking appears to accelerate the thinning process.

Controlling for gender and exact age at scanning showed that current smokers had a generally thinner cortex than those who had never smoked. Among the strongly correlated brain regions prefrontal cortex have highest significance, while associations were found globally, including most of the cortex and sparing only some primary motor/sensory and occipital areas.

Associations between pack-years and cortical thinning were greatest in statistical significance in the medial and lateral prefrontal areas, posterior cingulate gyrus, precuneus, medial and lateral temporal areas, and the angular gyrus, regions that are all part of the default mode network. While correlating with connectome these observations accord with reported associations between smoking and increased risk of Alzheimer’s disease (AD) as the brain regions affected overlaps significantly with those associated with AD pathophysiology. [b]

Findings suggests that stopping smoking helps restore at least part of the brain cortex’s thickness but could take as little as a few weeks to more than a theoretical 140 years (mean of ~25 years for the LBC1936), depending on the amount smoked over one’s lifetime. [c]

“Smokers need to be informed that cigarettes are associated with accelerated cortical thinning, a biomarker of cognitive aging. Importantly, cortical thinning can persist for many years after smoking cessation. The potential to at least partially recover from smoking-related thinning might serve as a strong motivational argument to encourage smoking cessation.” told Dr. Karama, also psychiatrist at the Douglas Mental Health University Institute and an affiliate of the Montreal Neurological Institute. 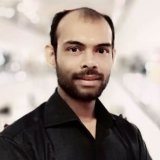